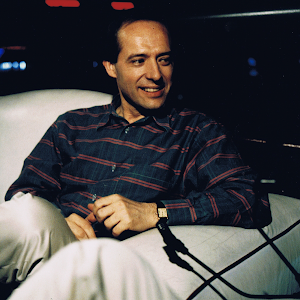 “Paul Crossley is one of music’s natural aristocrats.” CLASSIC CD

“Every note that he draws from his piano speaks of a desire for technical and stylistic perfection that is found only amongst the masters.” DIAPASON


Paul Crossley was born on 17 May, 1944. He studied with the legendary Dame Fanny Waterman before going to Paris at the express invitation of Olivier Messiaen and his wife Yvonne Loriod to study with them.

In 1973, at the Bath Festival, Crossley gave the world premiere of Tippett’s Piano Sonata No. 3, which was commissioned by him, and overnight achieved international recognition as one of the major pianists of our time. For more than 40 years his brilliant technical and artistic command has been heard in music from all periods, but particularly in the French repertoire, and in the remarkable range of new music from many countries which he has championed. Composers who have written music especially for him include: Tippett (Piano Sonatas No. 3 and No. 4), Henze, Berio, Takemitsu, Gorecki, Adams, Lindberg (Piano Concerto No. 1 and Etude II), Salonen, Knussen and Benjamin.

As a recording artist Paul Crossley has appeared on more than 50 releases including the complete solo piano music of Franck, Fauré, Debussy, Ravel, Poulenc, Janacek, Tippett and Takemitsu. He has won major recording awards: Diapason d’Or for the complete solo piano works of Fauré, Ravel and Tippett; the Prix Caecilia for Berg’s Chamber Concerto with the London Sinfonietta and David Atherton; the Grand Prix du Disque de l’Académie Française for the Fauré Violin and Piano Sonatas with Arthur Grumiaux; the Deutsche Schallplatten Preis, and a Grammy Nomination for the Lutoslawski Piano Concerto with the Los Angeles Philharmonic Orchestra and Esa-Pekka Salonen; and no fewer than four awards for the complete works for piano and orchestra by Stravinsky with the London Sinfonietta and Esa-Pekka Salonen – a Grand Prix du Disque, the Edison Prize, Diapason d’Or and a Grammy Nomination. The recording of Takemitsu’s Quotation of Dream (1991) for two pianos and orchestra, dedicated “to two pianists, Peter Serkin and Paul Crossley, whom I have respected in long friendship”, won the 1999 Gramophone Award for best Contemporary Music recording.

As a broadcaster, Paul Crossley has had a remarkable career as writer and presenter of a series of ambitious landmark television documentaries about leading 20th century composers (Sinfonietta and Sinfonietta II) featuring the London Sinfonietta whose Artistic Director he was from 1988 to 1994, as well as programmes about Liszt and Ravel. In addition, he appeared in many other programmes, notably a celebrated film about Poulenc directed by Barrie Gavin.

In 1991, Paul Crossley was made an Honorary Fellow of Mansfield College, Oxford, and in 1993 received a CBE in the Queen’s Birthday Honours List.